Have you ever heard of the popular Nose-nose Butter Soy Sauce, a canned food that you can put on top of rice?

It is also delicious served with pasta.

This food is often featured on TV and is popular for its addictive taste.

I bought it this time and tried it in various recipes, so I would like to review it.

What is Nose-nose Butter Soy Sauce? 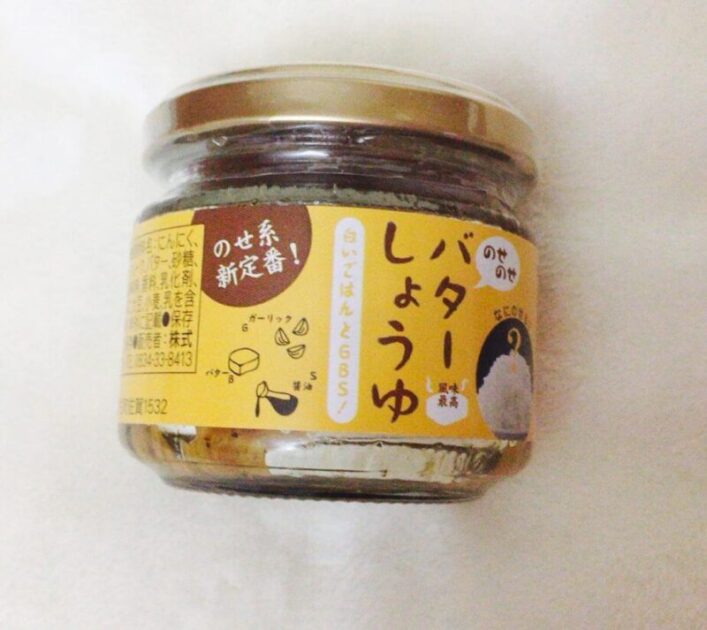 The moment you put it in your mouth, the aroma of butter and garlic spreadsThe rice just keeps getting better and better.

It tastes as if you are eating buttered rice.

It really smells so much better.

In addition to putting it on rice, you can spread it on bread, put it on blanched potatoes, etc.
Can be mixed with ramen noodles or pasta.

Personally, I think it tastes great with a little added to dressing or cooked rice in the rice cooker.

And it smells great, too! 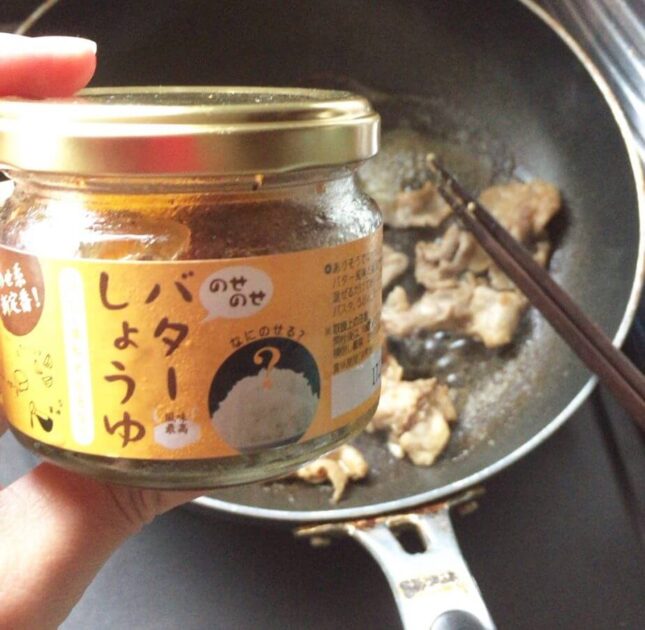 The result is good! 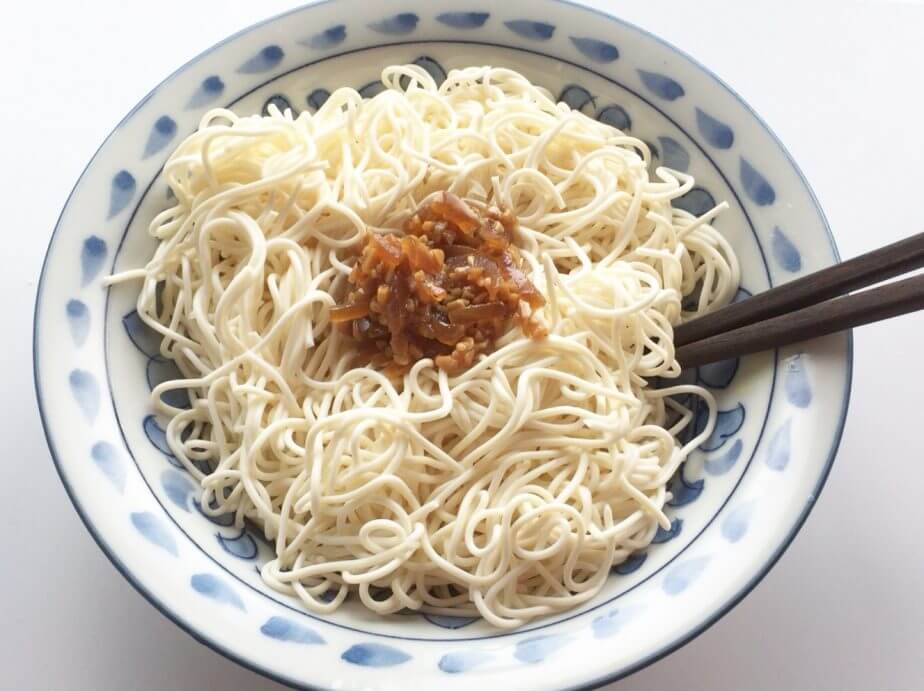 Note: I properly mixed and ate it afterwards.

Well, it tastes good - I thought.This would definitely go better with pasta!"That is to say.

The recipe for pasta with butter soy sauce was introduced on TV, but now I understand why it was introduced. It's like peperoncino.

I will try the pasta recipe later. 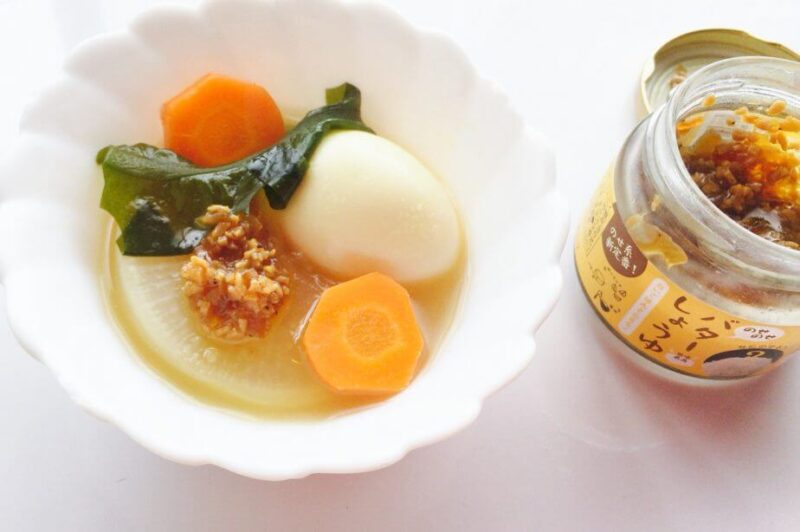 But I think pasta would go better with this... Holy crap! 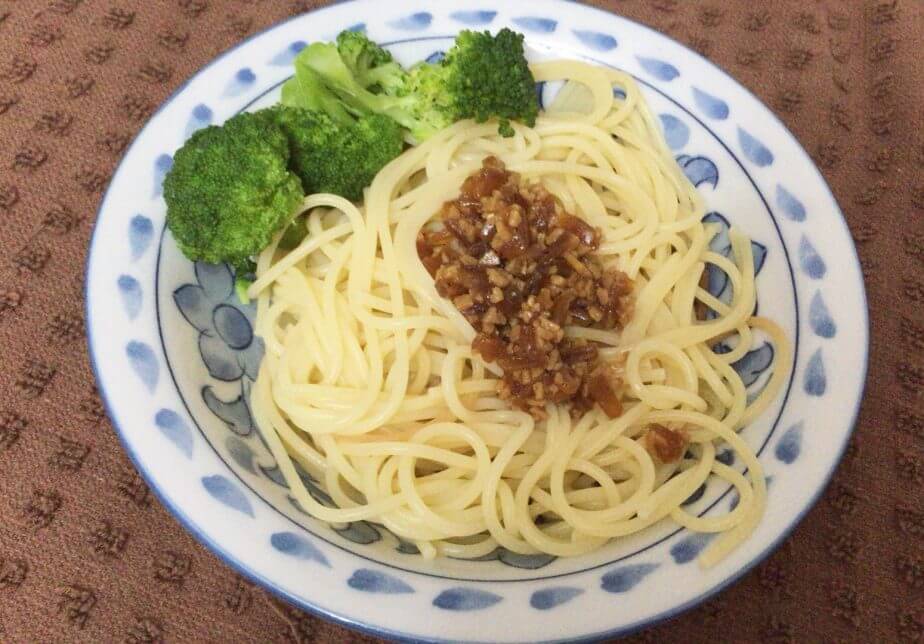 A dollop of butter on a firm pasta! 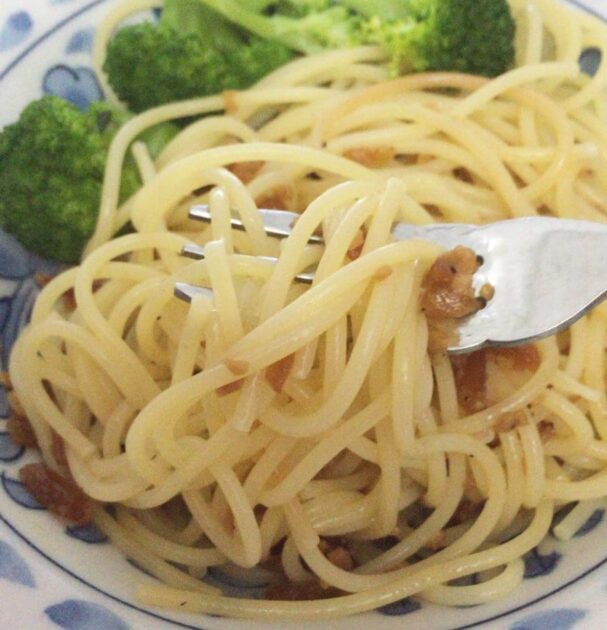 The actual retailers depend on the store, and many of them don't seem to have any.

But don't worry! Nose-nose Butter Soy Sauce is available online, as well as other varieties♪

They also have butter curry and spicy cod roe, so this is a rice staple lol.

Nose-nose butter soy sauce can be arranged in many ways besides putting it on rice, so please try using it in various dishes!

Take-out yakitori from "Japan's Best" is cheap, yet so damn tasty...! [Impressions.

The rice with Yonezawa beef was absolutely delicious and a pleasure to receive!

Have you ever had "Beef Okowa"? The juices and sweetness of the beef soak into the rice and it tastes sooooo good. This time, I had the beef Okowa with Yonezawa beef in it, and it was so delicious! It was so delicious and destructive...

The additive-free gyoza hot pot set from Flame Mado was so good!

As the weather gets colder, you want to eat warm nabe (hot pot), don't you? I would like to review it because it was so delicious.

We like bread so much that we always keep at least one loaf on hand at home. Aohata Jam's grapefruit flavor is a recent addition to our lineup. It tastes like grapefruit-flavored jelly, but with less sweetness...

Impressions] I took out Java Curry from Royal Host. What is this? It's super tasty.

Royal Host's Java Curry is a hot topic on the Internet and SNS. This was the first time I tried it as a takeout. The conclusion was that it was so delicious that I wondered why I had never tried it before.
What is this deliciousness? Pasta de Pon was so good I couldn't stop eating it [Review].
Review] Purchased Sawai Coffee's water-driven coffee pot set from Rakuten. Impressions & Reviews