Did you know that bread is actually very popular?

This time, I tried the "Royal Croissant" which I have been curious about among Lutao's breads for a long time.

I'd like to repost my thoughts on the size, price, and taste!

Lutao is so famous for their fromage.LUTAO-FromageIt is an image of a "good" image, isn't it?

I was also addicted to eating Lutao fromage for a while, but I didn't know they also had bread.

But recently there has been an unprecedented bread boom, and I was looking all over the web for a good loaf of bread (I was quite influenced by it).

Found a loaf of Lutao bread!

I'm not a baker. Is it good? I thought so, so I bought it by mail order and tried it.More than you can imagineStupid taste!

The price was high for a loaf of bread, but the taste convinced me.

The croissant bread in particular had an irresistible buttery flavor and texture, and it was so sweet that it didn't even need jam! I could taste the sweetness of the bread.

So, having fallen in love with Lutao's bread, I thought, "If this is the case, their other breads must be delicious, too! So I ordered this Royal Croissant Ring! 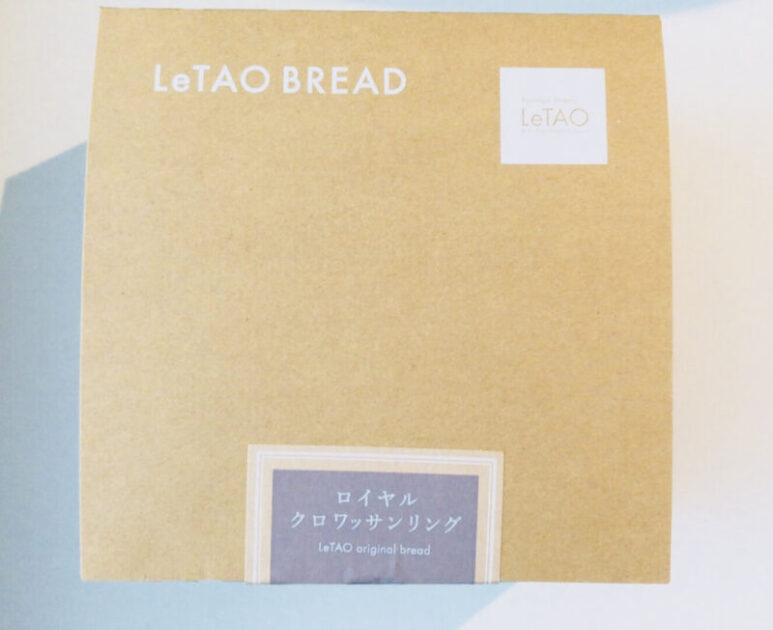 When you open the package... 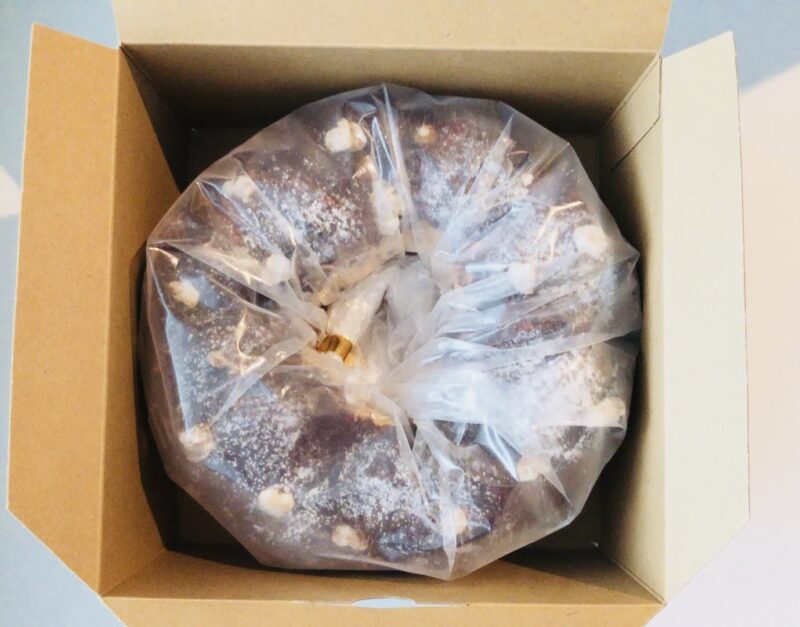 A perfectly round chocolate ring...!

And let it thaw naturally. 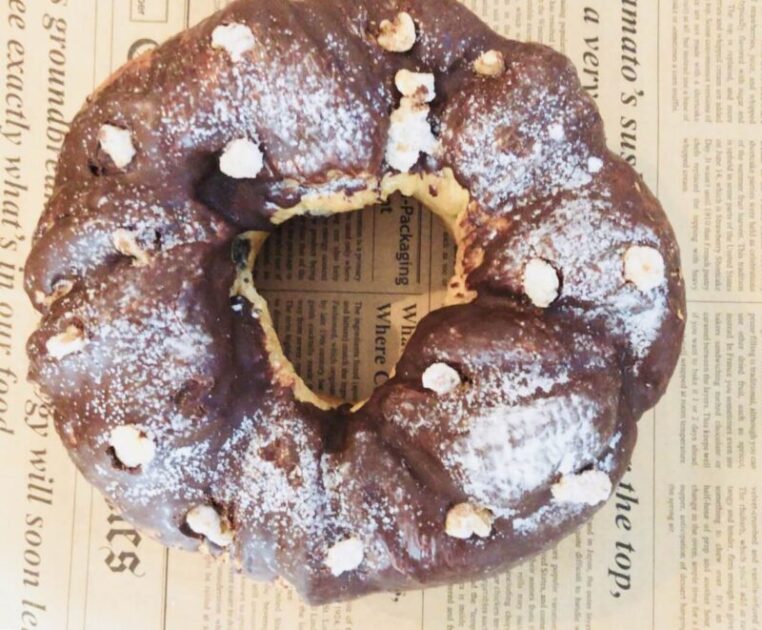 It's a huge ring-shaped Danish bread that is known as a chocolate ring in many places.

To explain a little about this royal croissant, the dough of Lutao's popular "croissant bread" is filled with the No. 1 popular chocolate "Royal Montagne" and topped with chocolate and walnuts on the surface.

It is characterized by the mellow flavor of butter and the rich aroma of cacao.

Well, I know it's a bit harsh, but there's no reason it can't be good.

incidentallyRoyal croissants are priced at 1080 yen per piece (tax included)It is.

Lutao's croissant rings are about the size of a woman's hand, so cut them into bite-size pieces. 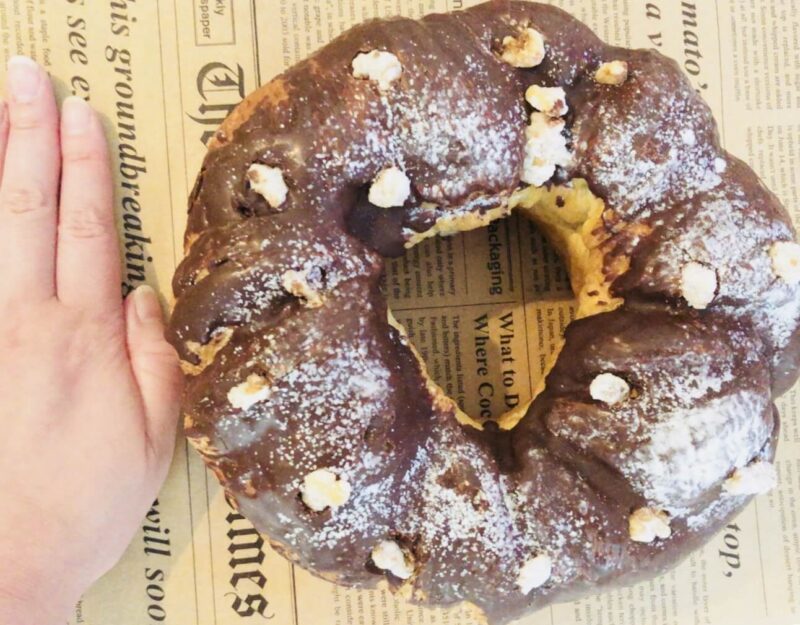 Then there is a glimpse of chocolate on the cross section. 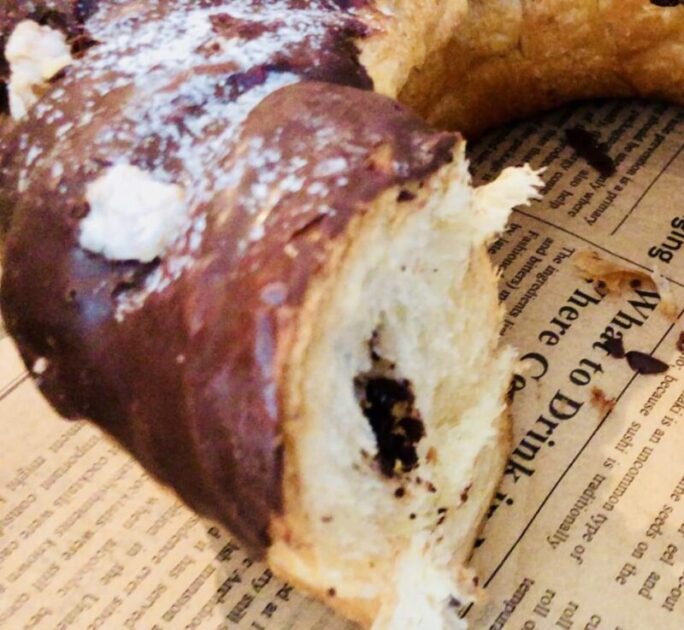 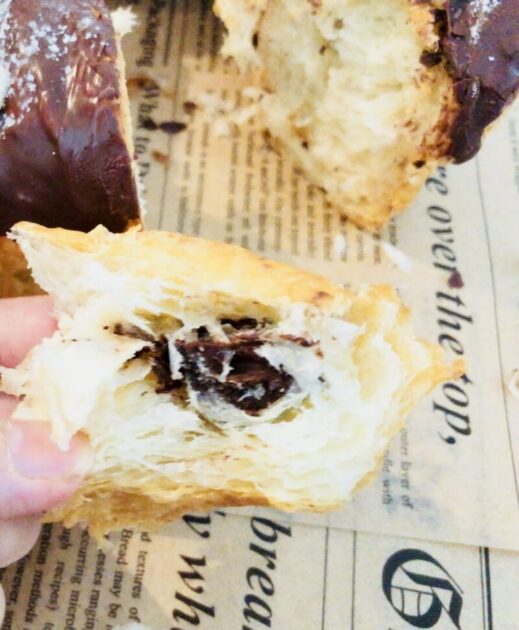 I tried Lutao's chocolate for the first time and it was rich and delicious!

By the way, walnut topping is only on the surface. 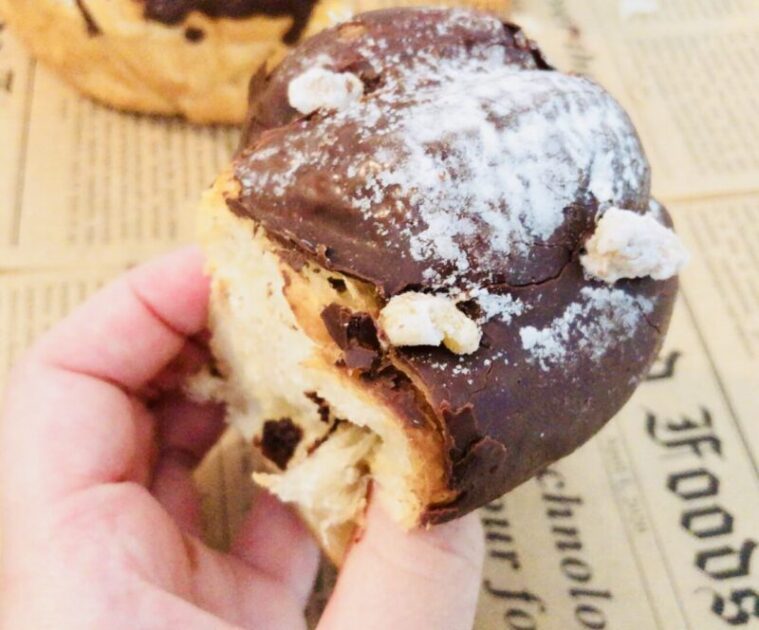 The richness of the chocolate and the buttery flavor of the croissant fills my mouthーーー!

It was a very delicious chocolate ring ^^^.

I'm tempted to recommend this to my chocoholic friends.

I personally think that, not only for home use, but also forBread that can be a giftI think it is.

After all, it has such a striking appearance, and the chocolate inside is so delicious, I am sure bread lovers and chocolate lovers will be delighted.

Lutau is famous for its fromage, but I would be happy if you could tell that its bread is also delicious.

If you love bread! OR if you love chocolate, this is for you.

This is the report on Lutao's Royal Croissant.

Ippondou Bread - Plain and Kurumi An (Walnut An)! Taste and Ingredients!

I went to Ippondou, a bread specialty store that has become a hot topic on SNS. I was going to buy a regular loaf of bread, but I ended up getting two kinds of bread because they had really delicious-looking names! Ippondou bread and a bread called "Kurumi An" (walnut bean paste). I was wondering how it tasted and...

I bought two kinds of Maruban at Garden House Krafts! The red bean paste and peanuts are delicious!

I recommend] Rubian's Mentaiko French is too good. The flavor is rich and the mentaiko mash is amazing [Review].

Review] I went to Seizia Sakura in Takanawadai. I was impressed with the cheese curry bread.

Purchased cream buns, melon buns, and croissants at Hattendo. The soft and fluffy cream is excellent!

I can't eat any other cream buns anymore! Hattendo's melt-in-your-mouth cream buns are so good you'll think so! Have you ever had it? It's so good, isn't it? You can now order it by mail order...

Yum! Chocolate ring and red bean paste bread at Ginza Antique! How to eat and taste!

Do you know a popular bakery called "Antique" in Ginza? I went there myself, and the inside of the bakery was so cute!
A comparison of oranges available in supermarkets. A review of each variety [Delicious Oranges].
[Review] I like Heinz ketchup. But be careful how you open it and get it out first!