There is a bakery that is always crowded with customers when you go to Ginza Mitsukoshi.

Its name is "JOHAN".

I was always curious about it because there was always a line to the cash register.

So I went there this time and stood in line.

Located on the B2F of Ginza Mitsukoshi, JOHAN is a bakery that is often found in Mitsukoshi department stores.

As for the Ginza Mitsukoshi store, the store interior isIt was always crowded with customers and there was always a line in front of the cash register.

I thought it must be delicious...but I didn't want to wait in line, so I didn't go there until now.

Joanne's various breads are up on social media, but whatever.Chocolate bread is popularIt is like a

However, this chocolate bread has a specific baking time (subject to change).Right after baking, they are so popular that they sell out quickly.I hear that.

By the way, the time I went there was way off from the baking time, and I didn't see any bread that looked like chocolate bread.

However, I was surprised to see a line of customers waiting for the cornbread to be baked just before I left the store.

I bet the chocolate bread is even more amazing...

Bread prices are not that high.

This one surprised me the most.

I was prepared that it would be expensive because it was a bakery in Mitsukoshi, but it was not expensive at all!reasonable priceIt was.

For example, I think there were about five mini croissants in a package for less than 200 yen.

The other breads are also moderately priced, about the price of a department store bakery.

Purchased Mentaiko France, not knowing that Chocolate Bread is popular.

And here is what I purchased at Joanne's.

Yes, I did. I had no idea that chocolate bread was so popular, so I chose Mentaiko France, which I have been addicted to lately.

By the way, the best Mentaiko French I've ever had was Rubian.

Related articles:.I recommend] Rubian's Mentaiko French is too good. The flavor is rich and the mentaiko mash is amazing [Review].

And how about Joanne's? It is also filled with authentic mentaiko (cod roe), can you feel the mashed texture? ↓↓You can see the texture of the mashed cod roe? 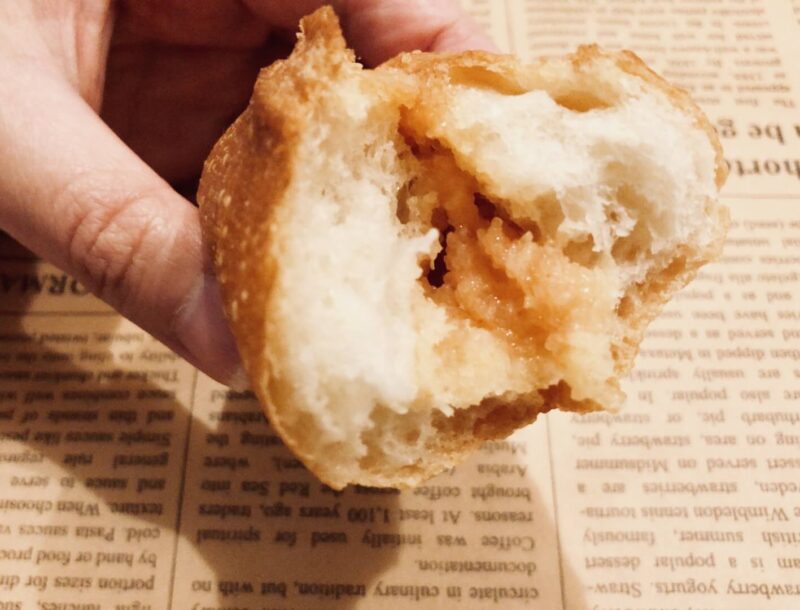 Moreover, it was not dry and looked as if it contained mentaiko as it was.

There are mentaiko francs where the mentaiko is dry and dry, aren't there? I don't like that kind...^ ^^^ Joanne's was well moistened. 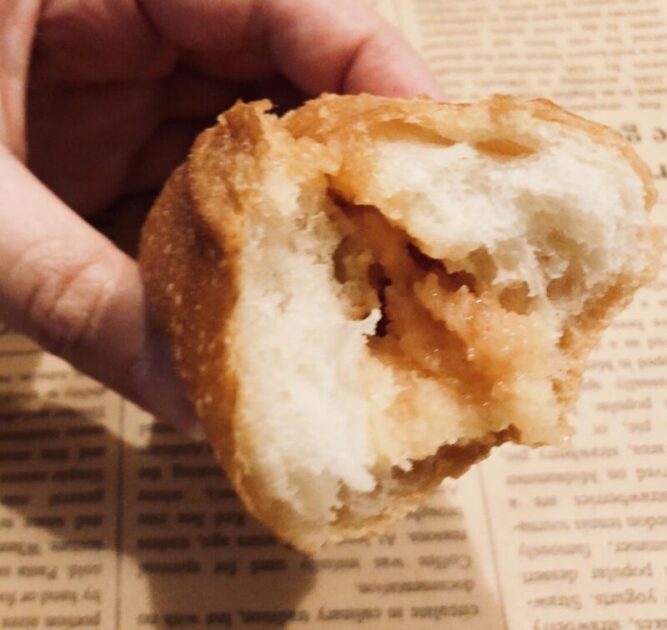 If I had to say, I would say that Joanne is more piquant.

As for the dough, it is soft. It was easy to eat because I could usually bite off a piece.

I can confidently recommend this level to anyone who likes Mentaiko French! That's what I feel like.

But every time I go there, there is a huge line to get to the cash register. I think it is even more crowded on weekends, so I think it is easier to go on weekdays.

If you are looking for chocolate bread, you should check the baking time before you go.

I would like to buy the chocolate bread next time too ^^^.

Purchased cream buns, melon buns, and croissants at Hattendo. The soft and fluffy cream is excellent!

I can't eat any other cream buns anymore! Hattendo's melt-in-your-mouth cream buns are so good you'll think so! Have you ever had it? It's so good, isn't it? You can now order it by mail order...

Take out Amanoya's "Egg Sandwich"! How long does it last and is it likely to be sold out? I'll tell you what I think!

I just bought an egg sandwich from Amanoya, a celebrity favorite, at a take-out store in Ikebukuro! The texture and flavor of the egg is just as good as the reviews say! I would like to report on how long it lasts, how crowded it is, etc. ^^^ The popular egg sandwiches of "Amanoya", which is patronized by celebrities...

Purchase Hattendo's hanpukai! I recommend the morning set because you get to try all sorts of breads!

Hattendo's melt-in-your-mouth creamy bread is very popular, but have you ever heard of a special deal called hanpukai? It is a subscription service that includes Hattendo's popular cream buns, melt-in-your-mouth breads, and other breads. This time, we will introduce you to the morning set of the hanpukai...

My Thoughts】Purchased a vegetable sandwich at Potasta International Forum! It's packed with veggies and it's good for your stomach!

Potasta is a popular restaurant for its sandwiches filled with fresh vegetables. The other day, I visited Potasta's International Forum branch and would like to report on the experience.

I went to Beccalai Tokutaro in Tama Plaza and had to try the most popular milk cream bread.

Beccalai Tokutaro, a long-established bakery in Tama Plaza, has been a local favorite for over 20 years, and is so popular that it has been introduced on TV.
Take-out at Bear Burger in Ginza! The meaty, hearty hamburger steak is very satisfying [Food & Reviews].
Riken Non-Oil Dressing in the form of a ranking!