I used to go there a little bit for a while, but recently I felt like drinking again, so I went to the store and took out some frozen soup~~~!

I bought some Hokkaido pumpkin soup and would like to report on the taste.
Soup Stock Tokyo 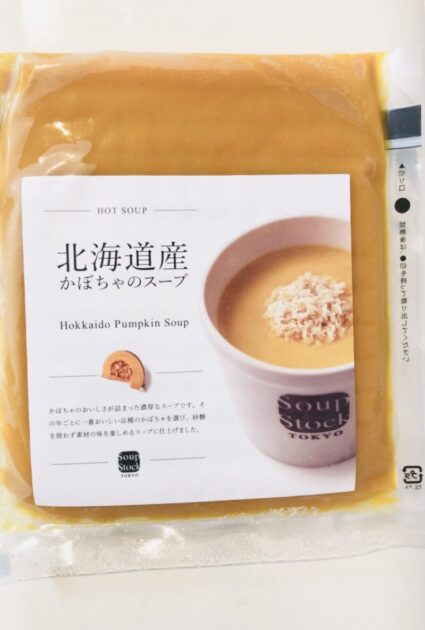 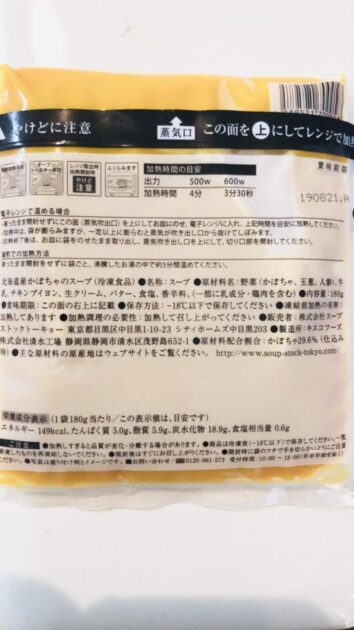 Soup Stock Tokyo stores have a cold case where you can find a variety of frozen soups to take out.

I picked out a bowl of Wasawa Soup and decided on this brightly colored Hokkaido pumpkin soup.

I later learned that at Soup Stock TokyoLobster bisque, corn and sweet potato soup, and Tokyo borscht are three popular dishes.I heard that. 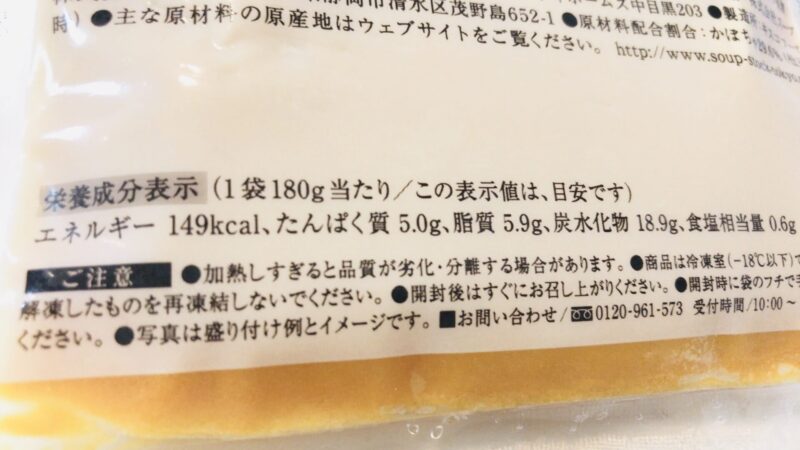 Heat in a pot of boiling water for 3-4 minutes to defrost.

And here is the result. 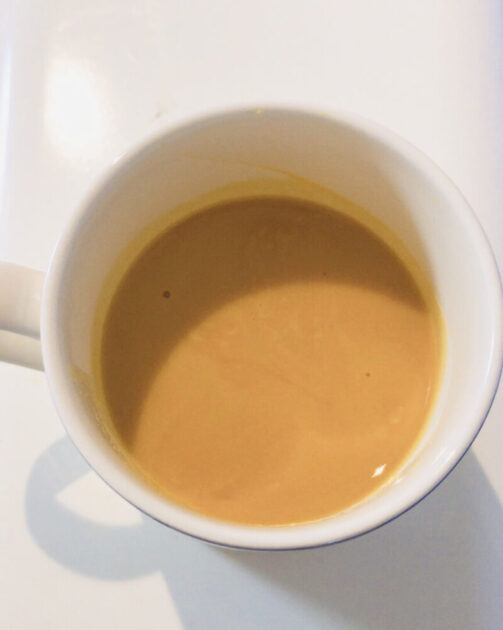 It's a little blurry, but it's really colorful and intense.

And is it a little tender?

I ate it with bread instead of rice because I was sure it would have the sweetness of pumpkin. 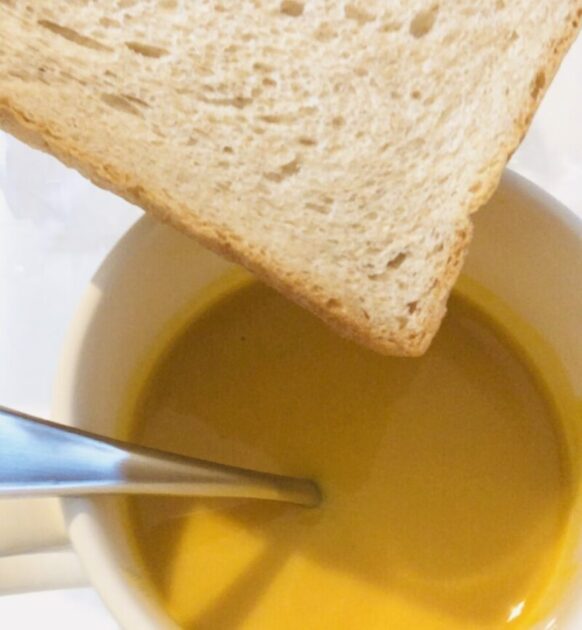 Hahhhh...the soup had a slight sweetness from the pumpkin and was rich and full of flavor.

The bread has been sipped.

By the way, there is no garnish.

If you want to make this thicker, it would be delicious mixed with soy milk.

Hokkaido pumpkin soup, delicious and made the bread go down a treat lol.

I found many other tasty soups, so I will try again next time.

My impression of Seijo Ishii's frozen pizza for 399 yen (431 yen including tax). Juicy on the gas grill & grill pan｜Cosy!

I went to Seijo Ishii and bought some Seijo Ishii wood-fired pizza (frozen pizza) that looked so good! Seijo Ishii has three types of this wood-fired stone oven pizza, but this time I bought ORTOLANA 3 kinds of Italian vegetables and MA...

A dutiful review of food items bought at Ikea. Mashed potatoes and meatballs are a must buy.

I'd like to review some of my favorite IKEA purchases! Mainly food. It's cheap, but it's good. IKEA is famous for meatballs, mashed potatoes, and lots of unusual foods. This time, I got something I was curious about, so I feel...

After taking out Java Curry from Royal Host, I was totally hooked and bought Royal Deli (frozen food). I bought the Gapao as it was sold in the store. I was surprised at how good the sauce was.

I have been looking for a way to make smoothies with frozen fruit. Blueberries and raspberries are highly recommended.

I go to business supermarkets on a regular basis, and I have to say... they are cheap and fun! I am always thrilled to browse through the items. I am always excited to browse through the items, although I can't buy a lot at once because many of the items are very large. This time, I am buying a lot at the supermarket...
The key is GABA! Review of Fancl Sprouted Rice Trial Set! How to cook and how it tastes!
I went to Caffice in Shinjuku! Surprised to find a power supply and delicious food.